Tips On Raising A Smart Kid 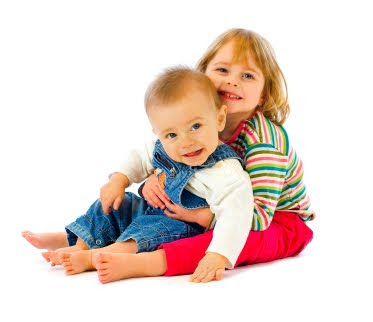 With so much changes going on in our today's world, our children are ever exposed to more negative influences,even worse,unheard-of acts.We, as responsible parents should take a deliberate and pro-active and defensive stance against this issue.And what better way,than to instill 'smart' attitude early on in their life.

1. There is no better resource in raising an outstanding child than the biblical principles.
We as finite human beings have our own limitations and fragility,and more often than we realize we unconsciously commit behavioural mistakes or offenses that our children pick up without us,noticing.So the Word Of GOD or the Bible, must compensate in areas where we fail. Proverbs:6 says to "Train Up a child in the way he should go:and when he is old he will not depart from it." This is particularly true wether the training is a positive or a negative one,what we learn from our first years is carried throughout our lifetime,be it attitude or experiences.Let's rely on GOD's Word to guide the path of our children by,introducing them early on to it {the Bible}.

2. Like Mother,Like Father..so is the child.
Be An example. No matter how hard you preach a sermon to your child,to try to correct him/her, if he sees the contrary in your own lifestyle and behaviour,most likely you are only wasting your energy.He will absorb what you show consciously or otherwise. So,be careful what you say and do especially in the presence of little ones and your child.

3. Give her the time of your day.
I can relate to parents,who have to work long hours and then come home to a place that still is filled with chores screaming to be done,like dirty plates {left in the morning rush,maybe?} and dirty mountain of laundry, and laundry that needs to be pressed, or to sum it up a total domestic mess.Sometimes,friends calling can still worsen the day's chores traffic --and then while you are trying your best to rush up the dinner so you can all go to bed early {because tomorrow is another day} your child will throw a tantrum to your get your attention. In this situation,we are tempted to ignore and shrug it up and try to finish what to our judgment are the more important chores.But your child should come first of all. Even in the midst of the seemingly domestically wartorn situation,when your child demands your undivided attention you should make her feel that she's the Priority and that she's the Most important.It's an opportunity for us to build up her self-esteem and self-confidence.Give her all ears even when she speaks,try to participate in her conversation. For a brief time,it doesn't hurt so much to 'neglect' domestic chores if the reason is loving your child.

4. Appreciate Your child. Pay her {Loads of compliments} even when she's just sitting and watching television.Find something through which you can throw her a compliment.Give her tons of hugs and kisses,touch maybe the strongest expression of your love,just as the original man Adam was created by the touch of the Potter's hand-unlike the rest of the creations which were made by the spoken word of GOD.

5. We are all GOD's children.No one child is superior to the other in GOD's eyes.And so,it should be in the eyes of your child.You should not instill ideas that may show her that she's superior or that others are inferior to her. I often say to my child,for example 'Bella is beautiful,just like you.'Or 'Bella is very kind just like you'.The only time that I say others are better than her,is when we see chubbier kids, I say she has grown more because she eats more. As it is,it's not so easy to feed my child or make her eat.
When other kids behave differently {negatively} explain to her why that gesture is not good,the same way that you must not directly and categorically accuse her with words 'you are bad' when she behaves unlikely {as many innocent children do} If you must reprimand her,don't humiliate her in front of others.

6. Be careful what she watches, on TV particularly.Our broadcast and print media seem to have run amuck or uncontrollable with information.In italian Tv for example,while we are watching a wholesome show, there would suddenly pop-up an ad unsuitable for kids, violent and sexual etc.And they don't seem to observe primetime rules,what they can show during certain hours of the day. Generally we opt for children friendly shows,cooking, wholesome, fashion, {but to be honest sometimes I can't resist watching gossip just because I like seeing the lifestyle of the rich and famous}.Otherwise we would be watching the children's educational and Christian programming by TBN Smile Of A Child or her favorite DVD films like Barbie series or timeless fables by Walt Disney like Cinderella and the like.

7. Dress her up very well wether indoor or outdoors,it gives her a sense of pride.When I was a little child,I used to feel inferior when I saw other children dressed up very well,and I,otherwise.

8. Instill in her a positive attitude by teaching her gratitude.To see the positive side of life,things to be thankful for Everyday.I pray out loud every night in her behalf,as if it was her, thanking the Lord JESUS for all the good things she received during the day.She's slowly picking that attitude now,in that on some nights she would recite the 'good things' of the day on her own.Amen.To GOD Be the Glory.
Well here are just some of the tips I realized on my own endeavor and from my own experience I hope that they were beneficial in many ways to many.GOD BLESS us all,Tremendously.